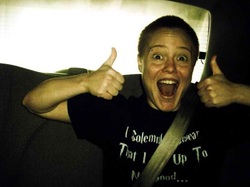 Brosch, a dance major at UIUC, came out and helped build and stain the stage platforms for Haas's MPD one sunny afternoon and also helped load and unload the stages before and after a performance. 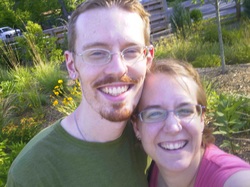 "Brett Donadeo is a graduate student at the University of Illinois Champaign-Urbana. Brett loves working with his hands and is always interested in finding ways to live in a sustainable fashion. Recruited by his wife he came to lend his strength and building skills." -Donadeo

"Kristin Donadeo is a recent transplant to Champaign. Originally from Raleigh NC, Kristin is always looking for ways to keep herself busy and to help other people or animals. After finding out that EcoDance was looking for volunteers, Donadeo contacted Haas to see what needed to be done. Soon she was swinging hammers and drilling through wood." -Donadeo 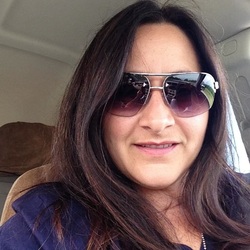 Carmen Celeste Dragon has a BFA in Sculpture and an MA in Science and Teaching - Childhood Education. She met Haas in Ludington Michigan and helped her begin building out the back end of the roof. She was fabulous company and came loaded with her own tools. Very handy and full of ideas, she helped make the EcoDance process both productive and enjoyable. 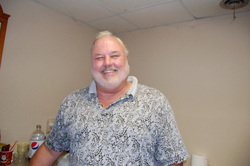 Mark Fisher is an independent contractor who lives and works in Ludington Michigan. Haas met Fisher through a mutual friend. They saw each other occasionally and during an apartment moving party Fisher found himself trying to field a barrage of questions about roofing systems, such as corrugated metal versus flat metal versus TPO for a flat roof. Two days later Fisher contacted Haas and said that he was interested in the project and he wanted to devote a day to helping. He came out on a Saturday and helped install a corrugated roof over the flat roof that had begun leaking in a few areas. He was a huge help, wonderful company, and has since become a good friend. 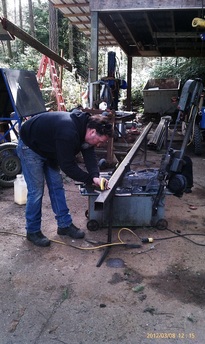 Randy Kirk is a metal fabricator. Previously a designer and builder at the reputed Gullasa and Company in Seattle, he now operates his own welding studio where he builds furniture, structures, and art.  When he saw the mobile performance dwelling parked in Hallie's back yard in the winter of 2012, he thought, "Rad!" and pledged his design and building support for the steel elements of Hallie's eco-mobile. As a designer with Gullasa, he loved to work on unique projects that required improvisational, resourceful solutions.  Obviously, Eco-mobiles are in line with his expertise, and has donated many weekend hours to Aldrich's MPD and EcoDance.  Thank you Randy! www.vashonsteelworks.com 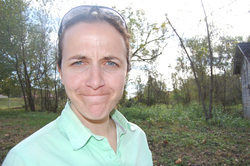 "Curvey is a community planner with construction experience specializing in applied research projects in water and energy conservation for the U.S. Army.  This equates to someone who asked a lot of detailed questions that gave no direction, but did encourage Sarah's hair to catch on fire occasionally.  Sarah eventually allowed me to help paint and stain her fabulous structure." -Curvey

McVeigh, a Masters of Architecture Candidate at UIUC happened to be wandering by and began asking questions about the structure (Haas's MPD) we were building. He got sucked into the project for two weeks before his semester began.


"Before arriving at UIUC McVeigh received his BS in Architecture from the Catholic University of America in 2011. Originally from the northwest suburbs of Chicago, he hopes to specialize in design and fabrication while completing his degree. Aside from architecture, his passions in include furniture design, biking, and baking. If only he could find a way to combine the three, he would deem himself a success." -McVeigh 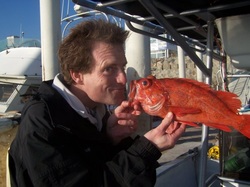 Singer came out and helped for two weeks right after we got our very first trailer. This was a time of learning about drill bits and metal, namely how to get the drill bits through very thick metal. Many drill bits (cobalts are great) later (yes, use oil!), we finally secured the OSB to the frame. After that, rafter ties were a cinch.


He was a great help during the building process for both Aldrich and Haas. 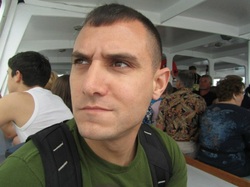 Ravi Sharma is Haas's brother-in-law. He graciously accepted Haas into his home and her tiny house/stage on his side property where she lived and worked for months at a time. He helped give a hand when needed. When Haas took the stages apart to lighten the load, Ravi helped her put them back on (it was next to impossible to do alone). 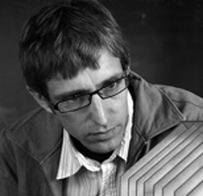 "Mark enjoys taking the architectural visions of macro-scale projects and translating them into the practical realm of individualized design.  Mark pursues his interest in knowledge transfer and service learning opportunities through his involvement in EcoDance." -Aldrich 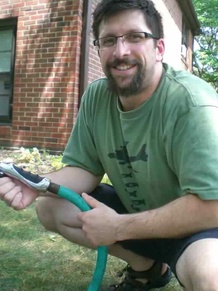 Ustin, a jazz musician and student at UIUC, came out for a couple of days during the beginning of our building process and helped us secure the OSB to the metal frame for Haas's MPD. Apart from being an all around great guy, he was pretty handy with a drill. 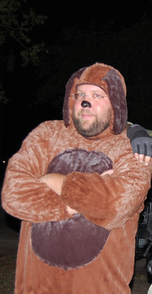 Wiley was Haas's next door neighbor in Huntsville Texas for the first month that she lived there. "When I needed another hand to help stabilize OSB or steel while taking apart the stage panels, I just knocked on his door and he came out to lend a hand. Wiley was a great neighbor. He offered me coffee in the morning and great conversation, along with his caulk gun and saw when mine gave me trouble." - Haas

Nolen spent a week helping install two windows, a door, attaching thin layers of galvanized steel to the outside of the structure, and insulating the roof for Haas's MPD. 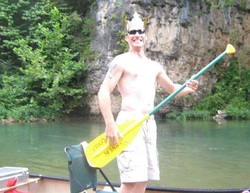 Sellers, co-owner of WSE Construction, was instrumental during the stage platform phase. He came out for two days and helped fit and secure the stage walls for Haas's MPD. He also talks a lot of smack while he works, which is why we like him so much.
Powered by